After the Martin County Minnesota Veterans Committee was awarded one of the most famous helicopters in American Armed Services history, the Cobra 327, to permanently display as part of its veteran’s memorial, the group wanted to ensure a high level of publicity for the dedication ceremony. Lime Valley assembled a publicity campaign that included social, digital and traditional media to promote the event. In addition to a radio script and newspaper ad, Lime Valley incorporated boosted Facebook posts and ads on the Google Display Network.

The results were impressive. The one-week Facebook Campaign reached 56,608 people and generated 124,261 impressions. And the Google Display Ad generated 226,976 impressions and 540 clicks to the group’s website. 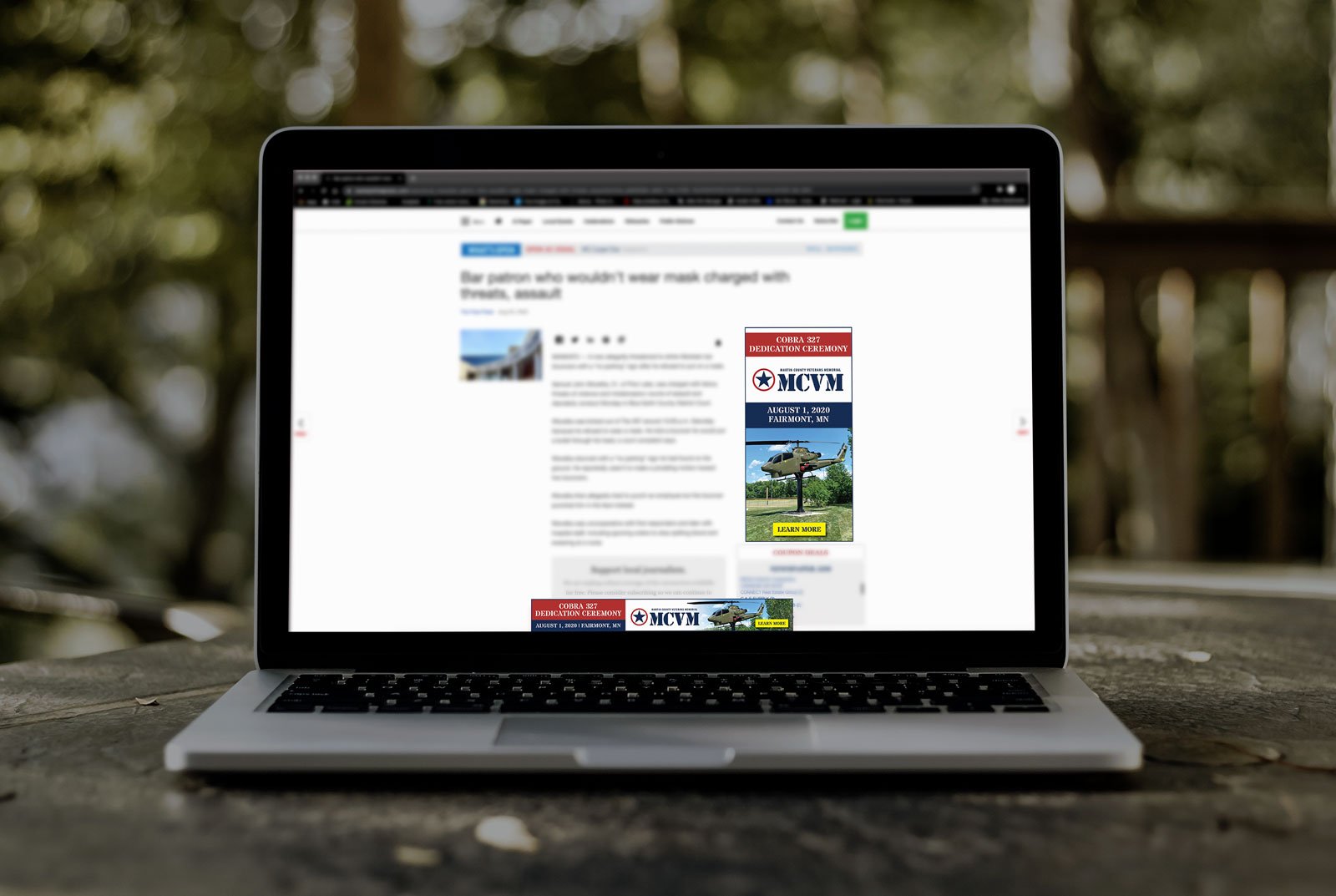 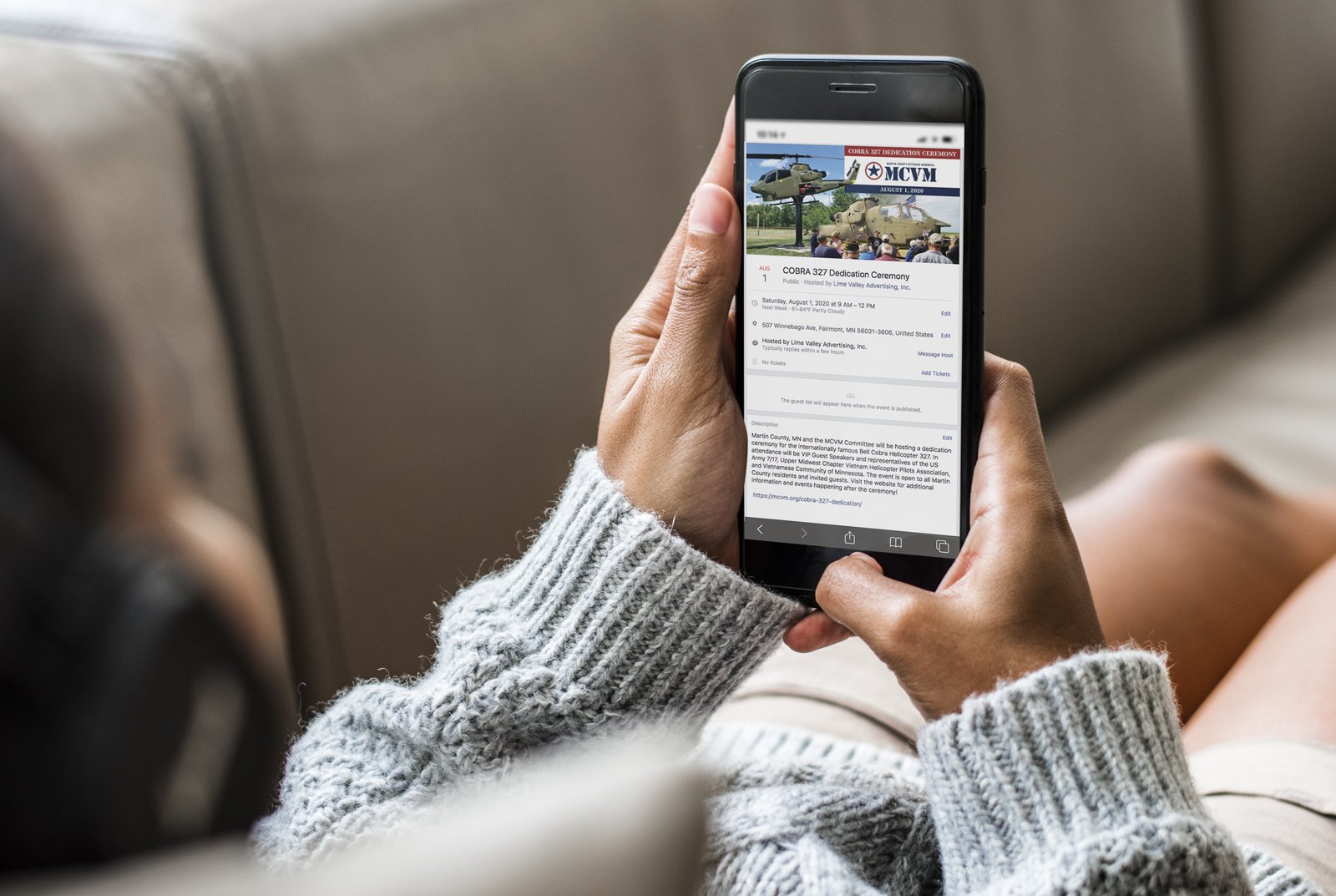 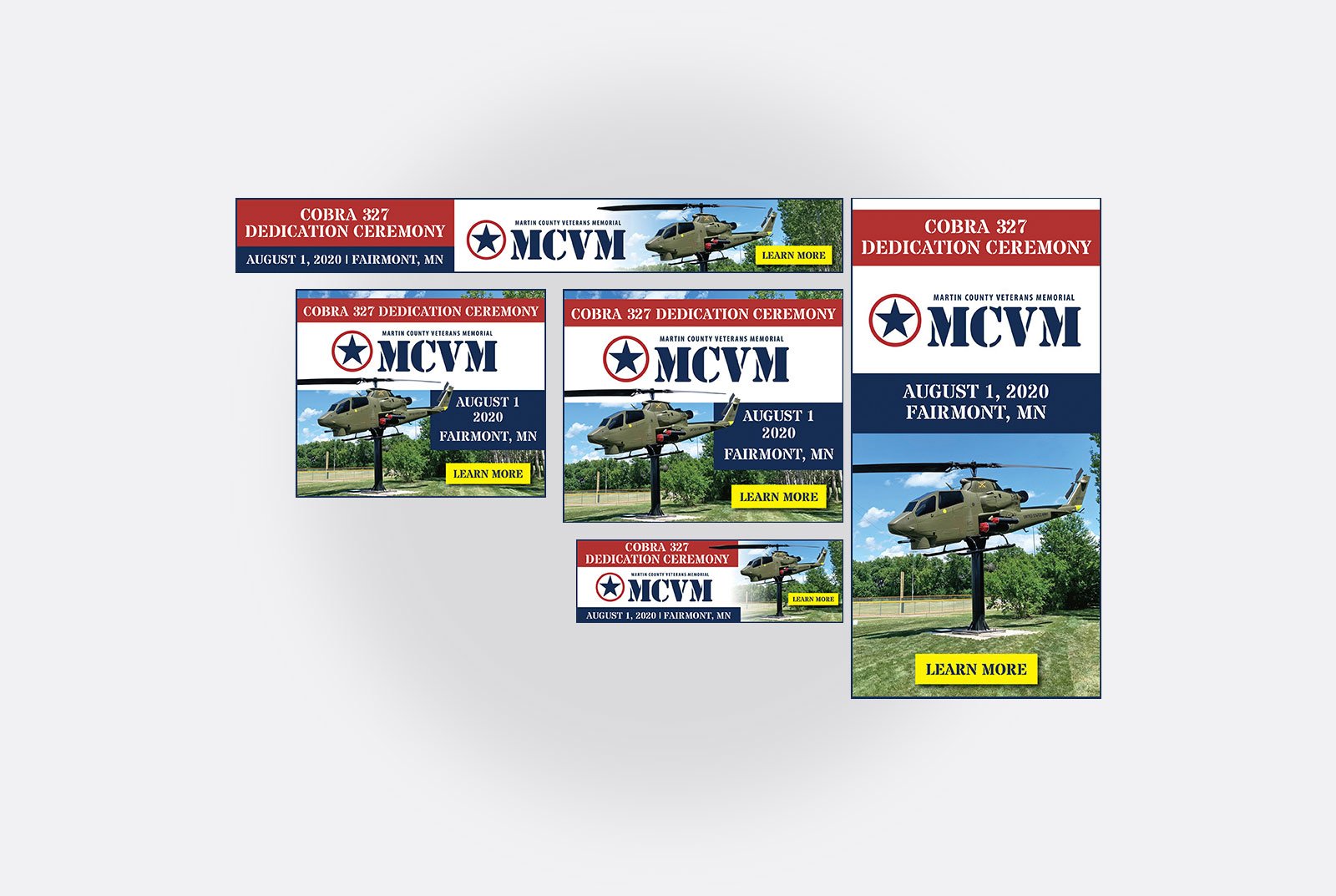 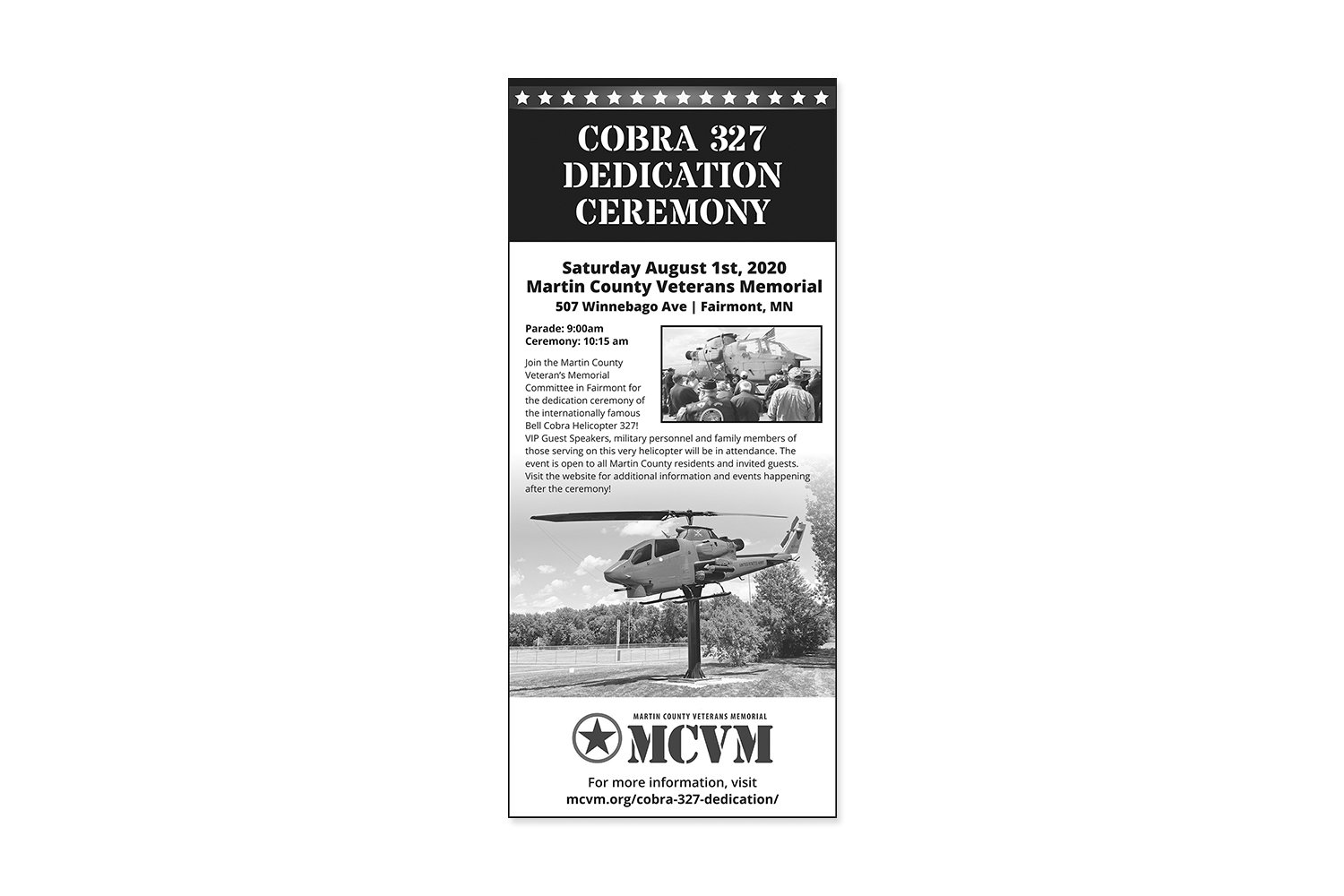 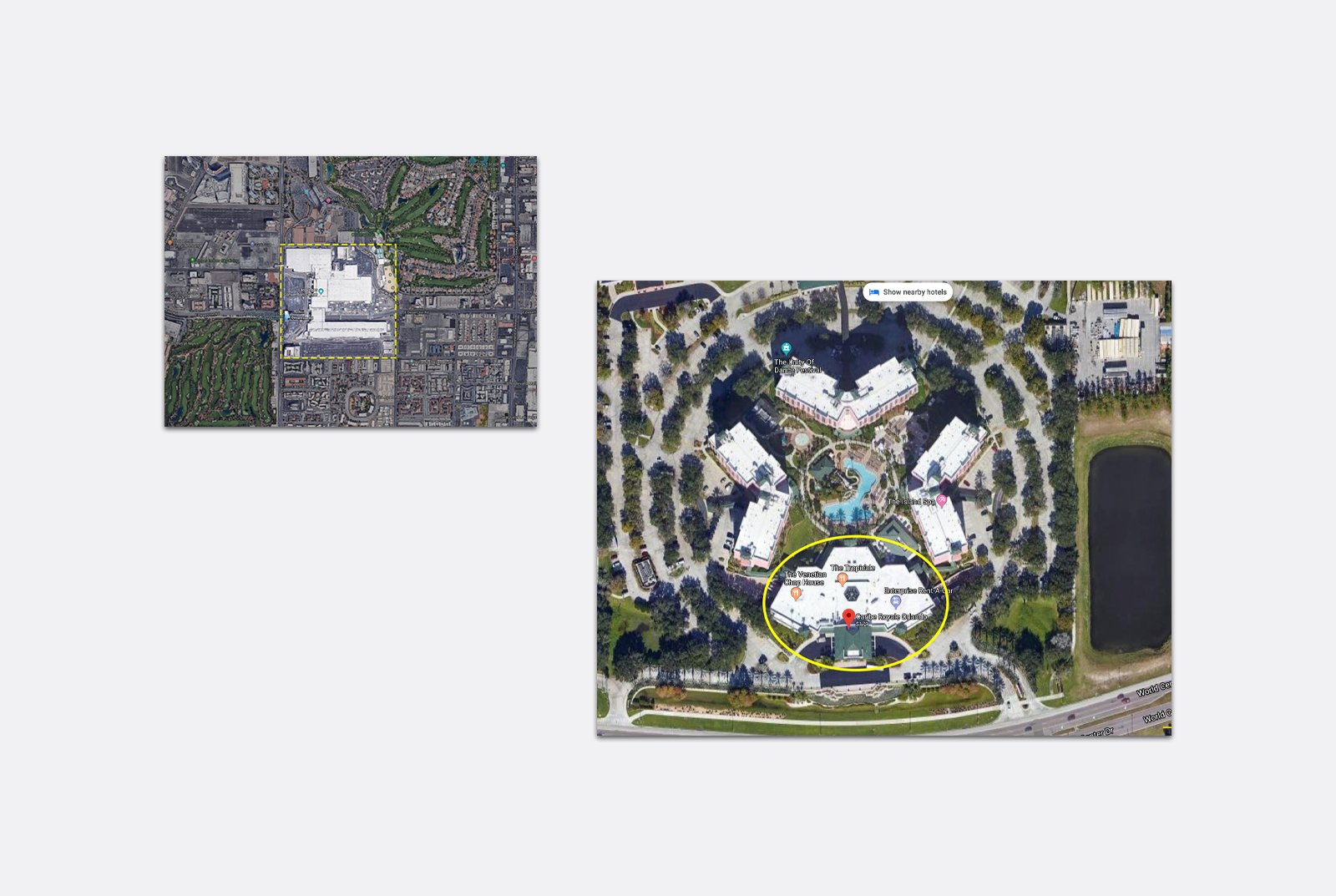 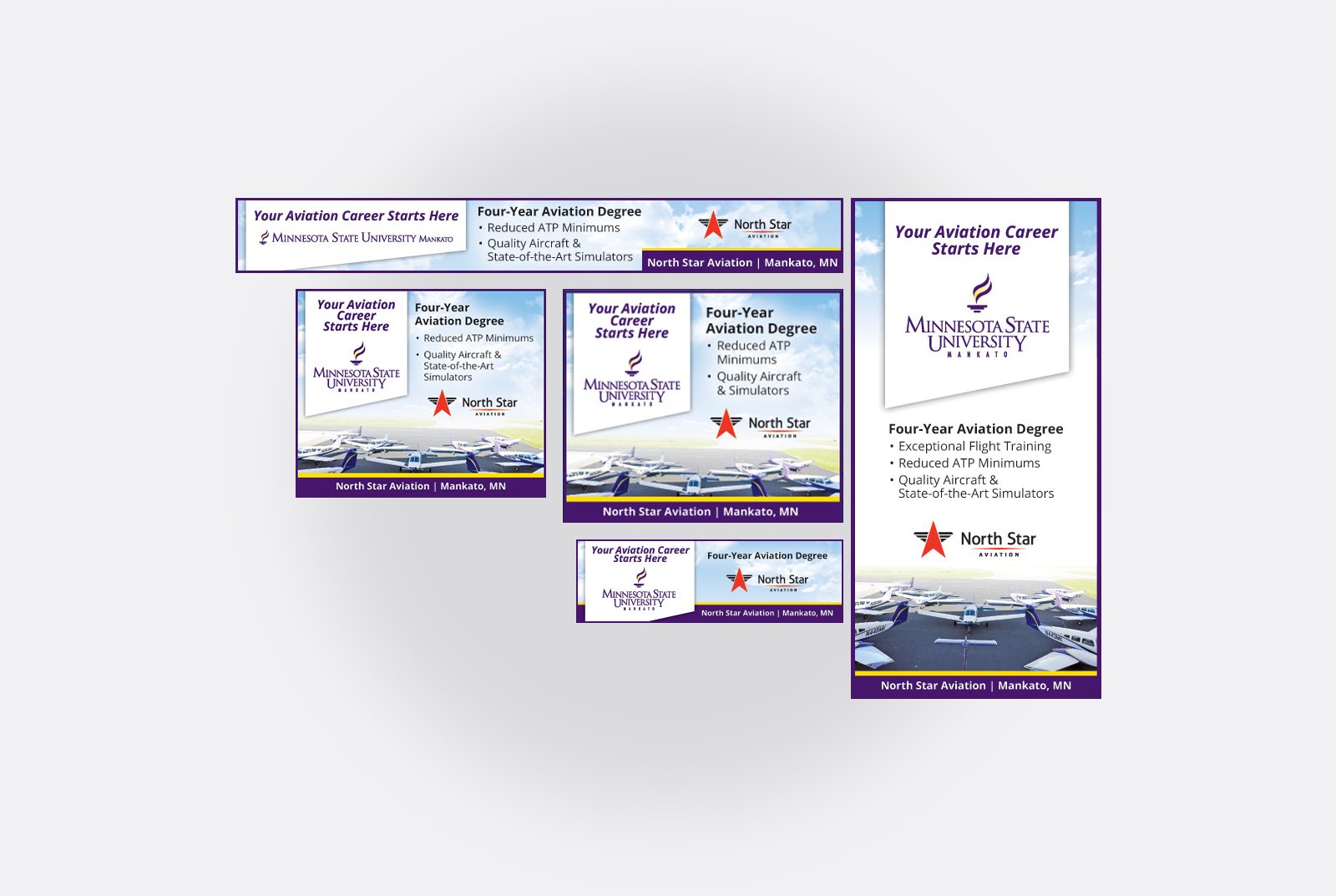